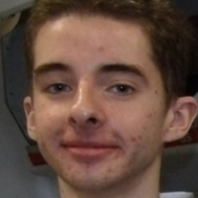 Subject: Cabin Crew
"When I first joined Derby College, I saw the Diploma as a qualification which could probably lead to a job a few years down the line. Then I got a job before I’d even finished College!"

Taking off with a cabin crew career

Always interested in seeing more of the world, he progressed so well on the Air Cabin Crew Diploma that he was ideally prepared for the highly competitive Ryanair recruitment process.

Having embarked on his learning journey in 2013, Daniel was amazed at how many unusual opportunities his course offered.

One highlight was a day at the British Airways Training Centre at Heathrow – learning about safety procedures, undertaking role plays in a mock crash simulator and trying out an evacuation slide. Another was a fire training course at East Midlands Airport.

Find out about studying Cabin Crew at Derby College.