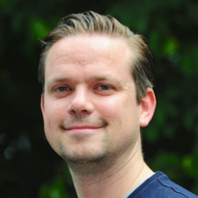 Subject: Engineering
"I can honestly say that the course was brilliant and the lecturers were great."

Rolls-Royce manager Jack O’Connor says his Derby College engineering course was the “start of everything” for the skills needed in his career.

Jack joined the aero engine giant as a semi-skilled polisher and packer of blades. He began his Derby College Level 3 NVQ in engineering principals at the age of 23 when he was accepted by the company as an apprentice.

Now aged 31, Jack is a Rolls-Royce production leader. He is also taking a University of Warwick – Master of Science (MSc) in Engineering Business management.

Jack said he left school was “a few” GCSEs and the college course and apprenticeship provided him with a second chance to kickstart his career and build his confidence.

He said: “I can honestly say that the course was brilliant and the lecturers were great.

“If you went through a difficult period they were always there to support you. You could have a laugh and a joke as well, and when you take into account the facilities, you’re halfway there.

“I was really impressed. It was the start of everything for my work, really.”

Find out about studying Engineering at Derby College.