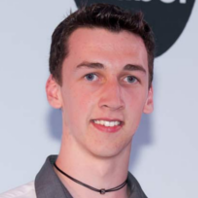 Subject: Performing Arts
"I hope to be a professional dancer in the future but I am keen to gain behind-the-scenes skills too, which will stand me in good stead for my career."

Stepping out in a dance career

A keen dancer, Joshua Horsley perfected his performance skills both during and outside his Derby College course – taking to the stage regionally and nationally.

He combined his Performing Arts studies with his participation in the award-winning Bounceback contemporary dance youth performance group at Déda in Derby. He also developed an enthusiasm for technical theatre, providing backstage support for a range of College productions.

Joshua’s excellent progress and positive attitude led to him being highly commended in the Media, Music and Performing Arts category of our 2014 Peak Awards.

His dedication earned him the Media, Music and Performing Arts prize, sponsored by the Derby Telegraph, at our 2014 Peak Awards.

It was the ideal finale to his College studies: he will now join the first group of learners on the University of Derby’s BA (Hons) Dance, which will be based at Déda.

Find out about studying Performing Arts at Derby College.