Benefits of learning a musical instrument 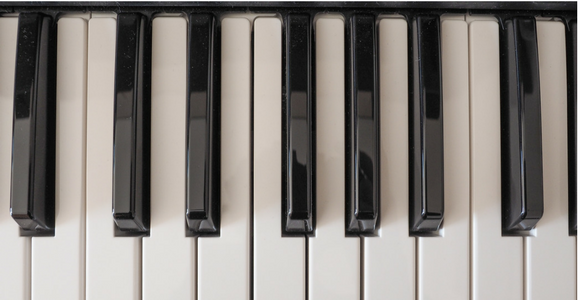 “Music produces a kind of pleasure which human nature cannot do without,” said Chines philosopher, Confucius.

The benefits of learning a musical instrument can bring huge benefits to your mental wellbeing, quality of life and so much more. If you’ve ever thought about trying out a music course but have never got round to do it, the following benefits should give you the push you need to pick up that instrument and start playing.

Learning a musical instrument is like exercise for the brain. When you play an instrument your brain is performing multiple different actions at the same time.

A study by the American Psychological Association found that musicians did better in cognitive tests than non-musicians. This could be because they spend more time exercising the parts of their brains used for skills like co-ordination, reading, listening and concentration.

It improves your mood

Creating music helps you regulate your mood, research has shown. Cortisol is released by your adrenal glands when you experience fear or stress, as part of our flight-or-flight response.

Playing an instrument can lower your cortisol levels, which in turn helps reduce stress, and can combat mental health problems such as anxiety and depression.

And your overall health

Research has also shown that elevated cortisol levels can be detrimental to your immune function and bone density, and increase your risk of high blood pressure, cholesterol, heart disease and weight gain.

That’s all the more reason to start learning a musical instrument and make some music.

It teaches you about history and culture

Different musical instruments and musical genres have huge importance in our understanding of history.

Professor Alex Zukas, a social and economic historian, believes that if you want to learn about any culture, you should look at their music. You can learn far more about Mughal India from playing the Indian raga than by looking at pictures of the Taj Mahal, he argues. Music is just as important as historical texts to illustrate class, gender, values, politics and economics as it exposes us to the emotions being expressed and shared at the time.

It slows the aging process of your brain

Studies have suggested that learning a musical instrument earlier in life can slow the aging process of your brain. Music lessons can help prevent memory loss, cognitive decline and “diminished ability to distinguish consonants and spoken word,” say National Geographic.

Musical training, which involves motor control, memory and co-ordination, creates additional neural connections that last a lifetime – and the good news is that it’s never too late to start reaping the rewards – “dividends could even be in store if you decide to pick up an instrument for the very first time in mid­life or beyond.”

It teaches you transferable skills

Learning a musical instrument takes discipline, time management, organisational skills and perseverance among others. If you’re playing in a band or part of an orchestra it also teaches you social skills, teamwork and communication.

All of these are incredibly useful skills, which can be transferred to all aspects of your life – including your employability or ability to do well in your other studies.