Benefits of working for a startup

According to the Wall Street Journal, three out of every four startups fail – so why would you want to work for one?

Firstly, there were 608,100 new businesses started in the UK in 2015, which was an increase of 4.6% compared to the previous year. If you want to see just how prolific startups are worldwide, just take a look at this chart which shows just how many startups are launched around the world every single second.

When you put it that way, one in four startups finding success is a pretty astronomical figure.

Among the Hottest European Startups 2015 were:

Deliveroo – a London-based food logistics service which delivers food from local restaurants like GBK, Nandos, Wagamama, Busaba Eathai and Carluccios’s. Deliveroo operates in 50 cities across 12 countries around the world after starting in 2013.

JustPark – Described as an ‘Airbnb for parking spaces,’ London startup JustPark allows people to rent out parking spaces at their home or businesses, which can be booked via an app. The startup raised 33.7m on crowd-funding website, Crowdcube, in 2015 and has partnered with BMW and Rolls-Royce, who will have the app built into their dashboards.

GoButler – A Berlin startup which was available in 5 countries and received over 300,000 requests in its first 3 weeks. It’s a free SMS-based personal assistant where you can book flights, restaurants, hotels and more 24/7. It uses natural language processing to recognise what you’re saying in your text (see example below). 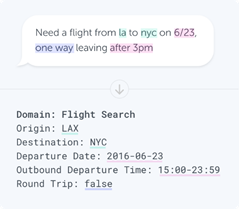 3D Hubs – Amsterdam-based startup 3DHubs connects 3D-printer owners with people who want stuff printing. It’s an online platform which began in 2013 with 15 print-hubs in Amsterdam. Now there are over 16,000 locations in 140 countries.

The benefits that come with actually working for one of the millions of startups around the world are stacking up too.

Benefits of working for a startup, according to startups.co.uk

“Start-ups are often smaller teams so you can have a lot more impact and there’s more responsibility you can grab, which isn’t the case in a large company,” said Songkick’s Pete Smith. Songkick, an online service founded in 2007, allows users to create personalised calendars for live music events, receive email alerts and purchase tickets.

You’re more likely to be encouraged to come up with ideas and put them into action in a smaller team, and can be given the opportunity to prove yourself and grow.

In a smaller team, not only will you have more opportunity to learn from your colleagues, but as the company grows, your hard work in the beginning will be recognised, and your professional horizons will grow along with it.

Startups are more likely to encourage a more relaxed working environment, in order to leave their team free to innovate, bring ideas to life and celebrate their successes.

“There is a great sense of adventure working in a start-up,” explains Nico Perez, founder of Mixcloud, a UK-based online streaming service for radio shows and podcasts. “Start-up life is a constant sense of excitement. You never know what’s going to happen in six months’ time.”

In a startup environment, teams are small, and working relationships are key to making things happen. That means that if you’re part of the team you’re likely to get more say in who gets hired.

“If you’re part of a six or 10 person team, you’re going to get a say on who’s hired. You’re probably going to have power, at least to veto, if not to make a hire. That’s huge – that you get to choose who you sit next to, who you work with. You just don’t get that in any other job,” said Songkick’s Pete Smith.

If you’ve got dreams of starting your own business one day, there’s no better environment that another young business to get stuck in and learn. You’ll get to experience what it’s like to bring an idea to life as well as training in the business-side of startups.

Finally, Pete Smith had a few words to say that may put your mind at ease concerning the longevity of some startups. What if the one you work for is one of those companies that will fail?

“If you pick the right start-up it’s usually got a good runway – a couple of years, maybe three (that’s actually a really long time to work for one company),” he said. “If you’re worried about the stability side of things, just think of it as a two or three-year block in your career. That’s not going to hurt you at all.”

What’s more, with the people you’ll meet along the way, and the networking with other entrepreneurial people, it’s likely it won’t take you long to get your next job.